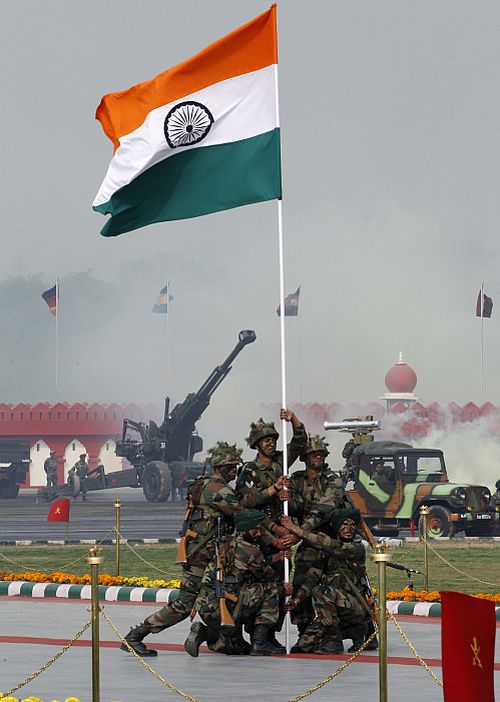 ‘Three security challenges could emerge shortly. The possibility (almost bordering on certainty) is as certain as the fact that night follows day:
A terrorist attack by a Pakistan-based group.
Chinese intrusion on the border.
Communal tension/riots.’

Colonel Anil A Athale (retd) explains what the Modi Sarkar needs to be prepared for.

No, I don’t wish to add to the plethora of views in the Indian media offering the new government advice how to solve the nation’s problems. Nevertheless, I am alarmed due to two reasons: One, a total absence of any public discussion on a looming security threat and second, the absence of a full time defence minister in the new government.

The second issue is no reflection on Arun Jaitley’s competence, but surely even he will admit that being defence minister is a full time job requiring undivided attention. It is feared that the government’s attention and agenda may have been hijacked by a shrill media focussing exclusively on economic issues. It is this that has prompted this article.

The new government has no choice but to be ready to face these challenges with an appropriate response, well thought out and prepared for in advance and not in the form of a knee jerk reaction.

Three security challenges could emerge shortly. The possibility (almost bordering on certainty) is as certain as the fact that night follows day. These are:

A terrorist attack by a Pakistan-based group, either a Mumbai-style dramatic one or the usual bomb blasts.

Chinese intrusion on the border (this time most likely in the Arunachal area) to test the new government’s response.

Communal tension/riots by home-grown extremist groups of all stripes.

India has always been a nation of self absorbed citizens, a disease that has been aggravated by the electronic media that finds it easy (and cheap) to concentrate on low hanging fruit to fill in its 24-hour hunger for news and TRPs. The menace of 24-hour news channels has tended to distort national priorities and distract the government.

It is best to ignore the ‘flavour of the season’ collective rant on Delhi’s electricity/water/onions/women abuse as these are not issues for a nation of 1.25 billion people. Mumbai has been paying the same electricity rates for several decades (and enjoying uninterrupted electricity), women are not as unsafe as Delhi in most of the country, these are just random examples why the government should ignore the Delhi-centric media.

All this needs constant reiteration in the Indian context because we are navel gazers when it comes to happenings outside our country. No matter how many times one reads Indian history, one is amazed at the utter neglect by our ancestors of looming threats from outside the subcontinent. Be it the rising Islamic tide or the European advent in sea power.

The country has paid a terrible price in the past for this folly. Today this is further reinforced by the self absorption and Delhi-centric concerns shaping and influencing national policies.

Our attention to the Middle East is largely confined to rescuing Indian citizens trapped there, but even more tellingly our media and public at large has chosen to ignore the events in neighbouring Pakistan. The Pakistan army’s offensive in the North Waziristan tribal area has been covered very sketchily.

It seems the situation is closer to a civil war than counter-insurgency. Pakistan has been using jet fighters to bomb and strafe its own territory. Tanks, helicopters and artillery, normally shunned in a counter-insurgency (we have never used these in 30 years of the Kashmir conflict) are being liberally used. That these ‘blunt’ instruments of war cause immense collateral damage and civil casualties are a given.

As the Taliban find themselves boxed in by the Pakistan army offensive, there will be great incentive to carry out a spectacular attack in India. This will then focus the Pakistan public attention on India since it is very likely that the new government will react militarily to these provocations. This will also give the Pakistan army an excuse to call off its anti-Taliban offensive.

India will have to calibrate its response in such a manner that it does not look like an attack/threat to Pakistan, but deals with the terror element there. All this will require a great amount of operational fine tuning as well as a very proactive diplomatic and media offensive.

It is time to give up the knee jerk response to blame the Inter Services Intelligence or the Pakistan army for every terror attack. There is some truth in the Pakistani assertion that Pakistan has suffered more at the hands of home-grown terrorists than even India.

What lends a ring of truth to the Pakistani assertion is the fact that be it the December 13, 2001 attack on Parliament, the Mumbai train bombings of July 11, 2006 or the November 26, 2008 Mumbai attacks, there is no evidence of any kind of Pakistani military alert or movement etc.

If there was to be a Pakistani direct role, as a professional armed force (that the Pakistan army is), it would have taken some defensive measures to deal with a likely Indian reaction. That there has been no such report (at least in public domain and to the best of my knowledge) goes on to prove that these acts were not directed by Pakistan government agencies.

The terrorists who carried out these actions were nurtured by Pakistan is true, but that they are no longer under their control may also be true.

The truth is that the terror attacks in India were carried out by Pakistani non-State actors in collaboration with radicalised local elements. The recent assertion by a captured terrorist of Indian origin that he feels proud of having carried out the July 11 train blasts should put these doubts to rest.

For too long Indians held to the myth that there were no terrorists of Indian origin. Today radicalised Indians are being spotted in many theatres of war, like Syria or Iraq. There was an unspoken political consensus in India to blame all terror incidents on Pakistan alone. The ostensible reason for this was to spare the Indian minorities from any backlash.

This make-believe has run its course. It is now necessary to fashion military, diplomatic, police and legal instruments to effectively deal with the terrorists who are part Pakistani and part Indian. Domestically, the new government will have to build a consensus in the minority community to deal with the radicalised elements. The time for denial is over.

Pakistan is today, teetering on the edge of an abyss and may well be willing to cooperate with India on this issue, if not openly, then covertly. This is another major challenge before the new government.

The second issue that the new government confronts, though potentially less difficult, is the Chinese incursions into India. So far these have mostly occurred in the Ladakh area. But sometime in the 1970s, the Chinese, emboldened by their quasi alliance with the US, has been laying claims to Arunachal Pradesh.

As a historian one recalls that the initial Sino-Indian border dispute was centred on Aksai Chin and China questioning the border in Arunachal Pradesh was just a bargaining counter.

This is a reasonable assumption since at that very time, China accepted the same McMohan Line as the boundary between China and Myanmar.

Unlike the Pakistani army, the Chinese army is under firm political control and intrusions on the border are possibly approved at the highest political level. The border intrusion by China may well be a method to signal Chinese disapproval of Indian attempts to get closer to Japan, ASEAN and the US.

The challenge before the new government is to calibrate its response to the provocations and coordinate it with its foreign policy. The challenge is more of coordination and trying to match China on the border in terms of logistics, technology and numbers.

The third and most difficult security challenge is in areas of internal peace. On one hand some extreme elements feel it is ‘their’ government in power and they can indulge in targeting minorities or political opponents with violence. On the other hand, the minorities, fearful and resentful of the new government that they did not vote for, may well increase their support and help to radical elements within.

The way out of the third challenge is to fulfil the promise of good governance. Governance that is fair and just to all and is seen to be so is necessary. While India suffered from minority appeasement all these years, the remedy for that is not majoritarianism.

The work for the new government is cut out and the earliest it appoints a full time defence minister, the better it is. A word of advice, do not confine your search for the defence minister to your party alone, but cast the net wide. One may recall in this connection that then prime minister Atal Bihari Vajpayee roped in K C Pant as deputy chairman, Planning Commission and a key player in defence planning.

Study finds brands have yet to create the...

Study finds brands have yet to create the post-COVID-19 digital and mobile experiences customers value most Many pandemic-induced behaviors are here to stay, presenting digital transformation opportunities, according to a study conducte

CNH Industrial announces change to Board of Directors